Note this text is originally written by @rolandschuetz just putting it here for review and discussion. It will end up in our documentation finally. This has been discussed at the sprint with a big group of people so it’s pretty much decided on, but at last round of comments is probably a good idea

At the Neos-sprint in Salzburg the team discussed the best practices we discovered in over the last years. In a friendly and very detailed discussion a lot of patterns were introduced and we decided on which recommendations we want to give. The recommendation we are giving here do not mean that things are wrong if done differently, there are valid reasons to deviate from those guidelines. However with no specific reasons speaking against we strongly recommend to obey to the following rules.

Note: These rules will eventually end up in the Neos-documentation where they will be reevaluated and extended in regular intervals. We will use semantic versioning for these best practises.

Thanks guys for discussing this and writing it down! Great to have that. I think this document should function as a guideline for beginners, although it mentions some advanced techniques. Maybe some explanations / examples could help to clear things up.
Here are my detailed remarks:

NodeTypes:
1., 2. and 8. handle the naming of prototypes and files. I would bring them closer together. Eventually integrate 8. in 1.

2 Document and Content are root concepts of Neos, “Mixin”, “Collection” or “Constraint” are just terms or part of concepts. Seems a bit mixed and unclear. Shouldn’t we either explain what these files contain or just recommend to use prefixes, that structure files of same purpose?

5 What about required properties? Should we mention the use of the creation dialog / node templates here?

6 “You RECOMMEND”: shouldn’t it be “We RECOMMEND” or “It is RECOMMENDED to”

Fusion:
9 Recommending a third-party package in this basic paper seems odd… Especially as it is the only package mentioned and as it is not explained what that package does and why it belongs to that topic. I would remove that.

that’s a great initiative! I very much like this; and I’d suggest we put it twice into documentation:

I have two suggestions, one formal and one content-wise:

Formal: I’d suggest that at every time where we introduce a new name (“Mixin”, “Helper”, “Integration”, …), we add a nested bullet point with a one-sentence explanation of the concept of it.

Content-wise: I’d like to add one point about Node Type Constraints, though I am still a bit unsure how to phrase it:

Node Type Constraints SHOULD only use positive logic, i.e. you should not write “MyNodeType: FALSE”, but instead "MyNodeType: null / ~ ".
I am unsure about your experiences, but in my experience if you use BOTH positive and negative logic for node types; you will soon get a big mess where you “enable the default, exclude a certain type, and add another subtype again” (which is really hard to debug if it is spread across the node type inheritance chain).

Problem is that we in the core are at some places using negative logic; which might be a problem.

the rules were discussed in Salzburg by a large group. I would try to publish those rules and extend them later. The RFC is for finding kinks where Roland and i made errors transcribing the notes. We can always publish version 1.1 of the best practices once we extend those.

Same goes for the full description of the reasoning behind the rules. I agree this would be nice but we can publish those anytime and it should not stop us from releasing the Rules 1.0.0 once those are ready.

We originally planned to publish the rules as a blogpost and later add them to the new docs once those are ready.

@daniellienert Thanks for the feedback.

To give a bigger picture, this document does not aim to be a beginners guide, for that we will have the new documentation.

This document aims to standardize best practices and to encourage developers of all levels to adopt a standard best-practice code. In the long run, this could lead to more similar code basis across the Neos community. @martoro and I discussed, if we should add examples and Martin made the good point that this document be short and precise – while documentation and tutorials can have a long form.

Fusion:
9. I had the impression that Monocle is the only solution right now and that everyone in the core team likes it - even though many don’t use it because their projects are “too small” for it. Would you want to recommend an alternative solution as well or just remove it?

@sebastian I will add descriptions of the NodeType namespaces below. I think your point on NodeType Constraints isn’t clear enough yet. Also, is this really a best-practice? I think things like the example below could not be done without negative logic:

@all I also noticed another error, Fusion point 6. should be “Fusion prototypes with the “Component” Prefix SHOULD implement reusable rendering aspects.”, since many people do fetch data e.g. in a MainNavigation component. For larger projects, see point 9.

I think the Fusion namespaces are explained sufficiently.

Let me know your thoughts,
Roland

Just to add, I think we should move https://github.com/code-q-web-factory/Neos-Skeleton under Neos account and link to relevant parts of it from each point of these guidelines. People usually learn best by example.

you can just do the following:

Fusion:
9. I had the impression that Monocle is the only solution right now and that everyone in the core team likes it - even though many don’t use it because their projects are “too small” for it. Would you want to recommend an alternative solution as well or just remove it?

I’m pretty sure, Monocle is a great piece of software! But it servers a meta task of building living style guides and it is only one way of doing this. It is not necessary for configuring node types or build fusion code, also for big projects. So I would not mention that package without further context.
The downside I see personally, is that the @styleguide of Monocle definitions vastly bloat your Fusion code. So I don’t think it is a recommendation per se, as long as you are not absolutely sure what you are doing and what it is needed for.

I think we should remove the explicit name and mention that third party packages exist to render presentational components as a styleguide. Indeed it would be weird to mention a single third party package in the standard-definition.

In the same manner we can mention that third party packages exist that make prefilling NodeTypes with valid properties during creation easier without mentioning Flowpack.NodeTemplates.

I think we should remove the explicit name

As much as I love Monocle, I agree that a Best Practice Guide referencing 3rd party packages is somewhat odd.
Hopefully we can integrate the functionality of the NodeTemplates (and maybe the CreationDialogProperties and/or even Monocle to the core distribution at some point and extend the guide then)

@sebastian Ahhh… now I understand your post. Makes sense. Not sure if we have a consensus on that though…

Node Type Constraints SHOULD only use positive logic, i.e. you should not write “MyNodeType: FALSE”, but instead "MyNodeType: null / ~ " .

@sebastian I have to admit: I wouldn’t know the difference (effective) between

Can you quickly elaborate?

But apart from that I think we should state that:
Reverting a super type or constraint configuration in a sub type might be a sign of poor abstraction so it SHOULD be avoided in general.

Reverting a super type or constraint configuration in a sub type might be a sign of poor abstraction so it SHOULD be avoided in general.

Not sure i would not rule out removing constraints and i still think the wording is not that clear yet.

We should to a best-practice session at least once a year on one of the big sprints. It worked very well in salzburg and i doubt that this really works asynchronously. Maybe next time we should collect ideas a bit beforehand. After such session we can always publish a new version and raise the number so there is no reason to rush in additional points now.

I suggest focus strictly on getting the kinks out of the initial version.

i still think the wording is not that clear yet

You’re right, we could also just insert that image: 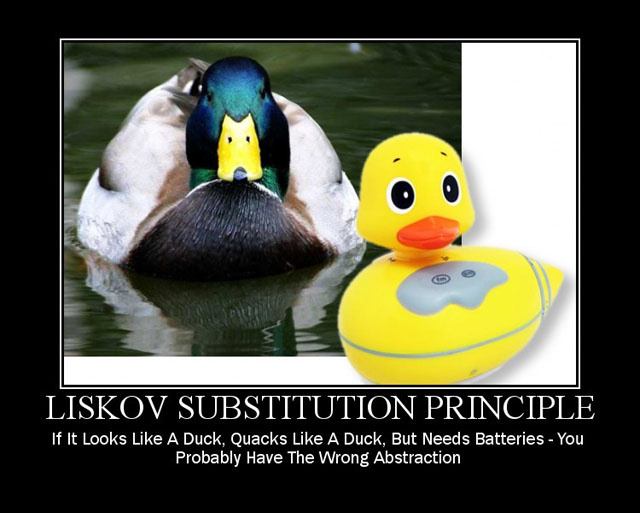 Sure, I didn’t mean to slow down the initial version of this in any way!