During the Vienna sprint we had a retro on 14th of November 2017.

Side note: Check for pink Post-Its if you are looking for the ToDos 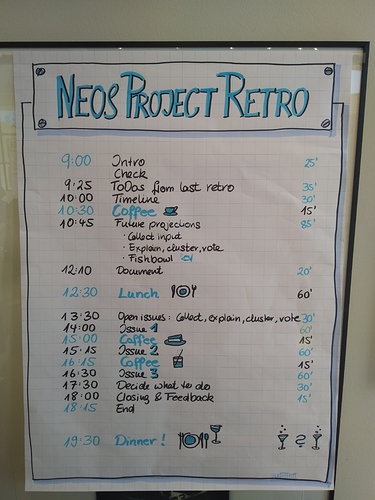 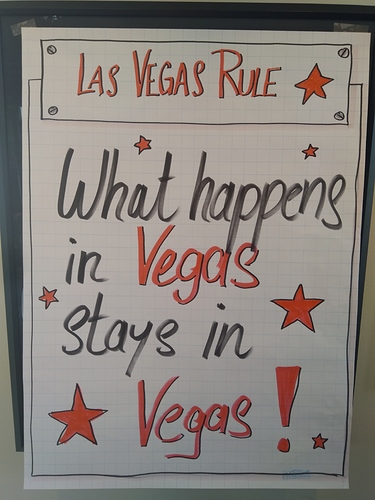 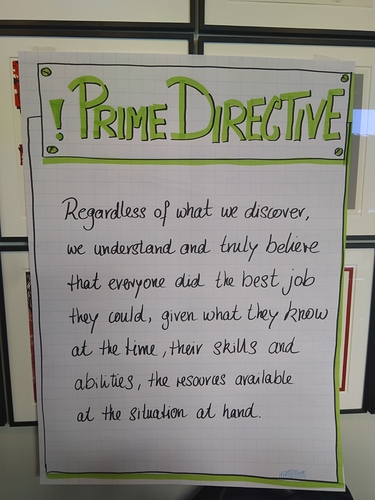 After that we had a look at all ToDos from last retro and found out that we took care of most of them. We did not think so before we actually checked - so this was a surprise. 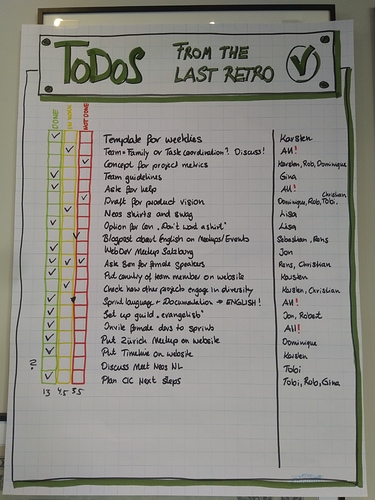 After that we checked the timeline of things happening since the last retrospective in November 2017.
We found out, that really many things were going on and that we achieved pretty much. Mainly we were pretty happy that we finally managed to get the activity issue in the teams clear and working and that the continuous integration works pretty well. 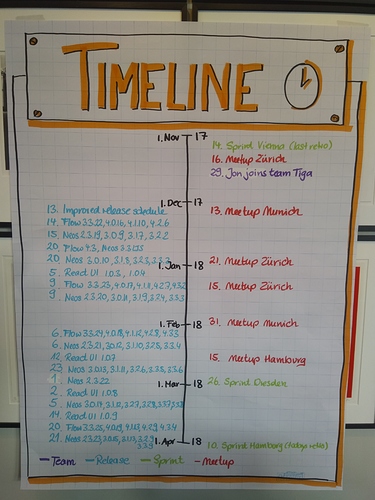 After that we had a short explanation on how fishbowls and 1-2-4-All functions. 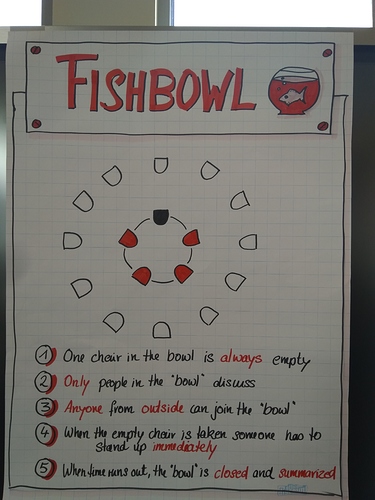 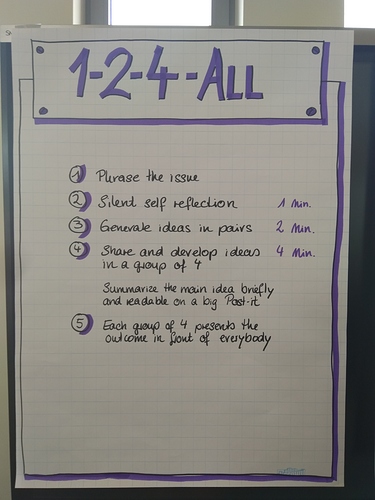 Now everybody had the chance to put in issues he/she wanted to talk about furure projections. 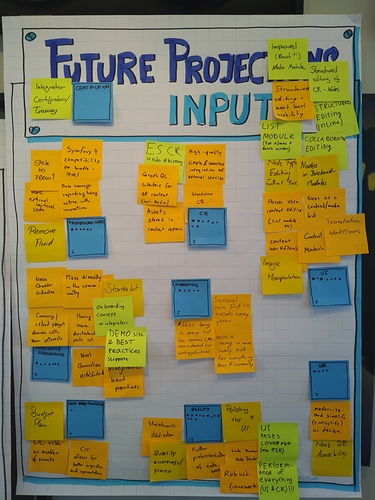 We clustered the isuues in following clusters and everybody could vote with three dots to get a priorization.

So we decided to first work on the issue Quality 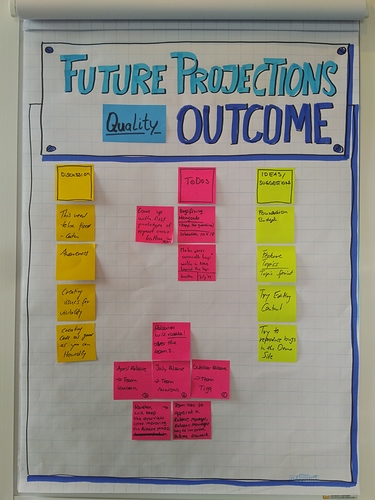 The second fishbowl was held on the issue CR. 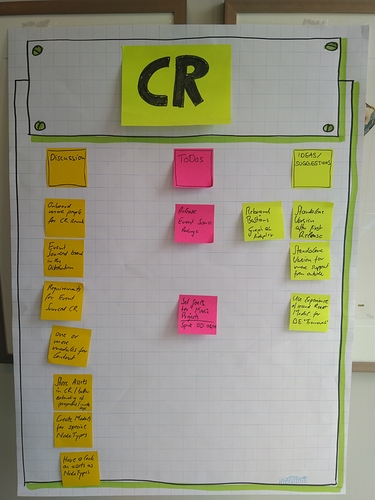 The third fishbowl was held on the issue UI. 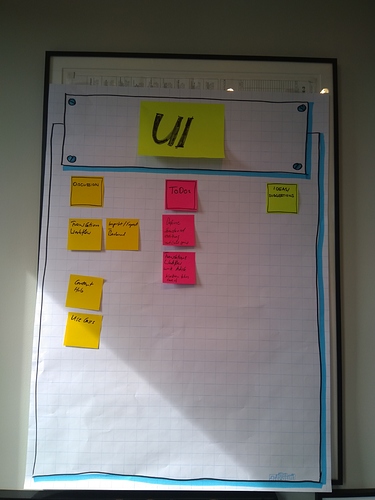 The fourth and last fishbowl was held on the issue Community & Onboarding. 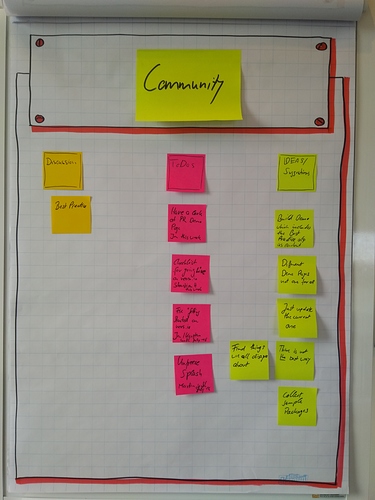 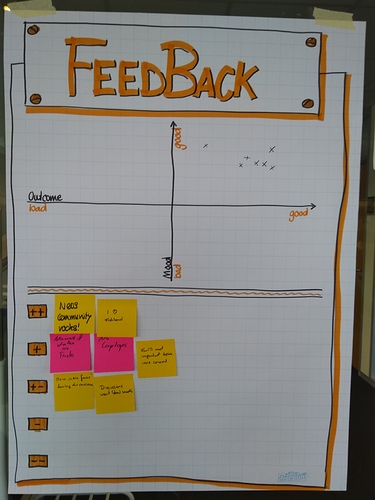