###Summary of the retro 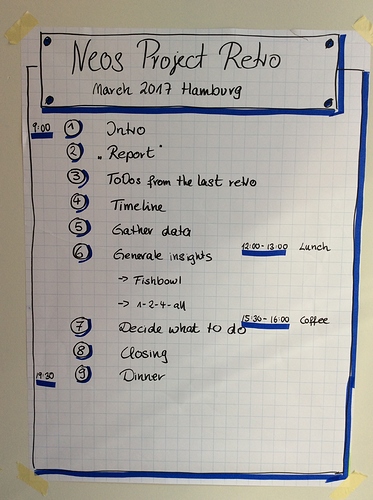 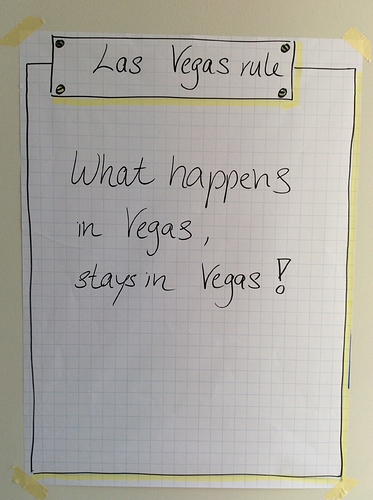 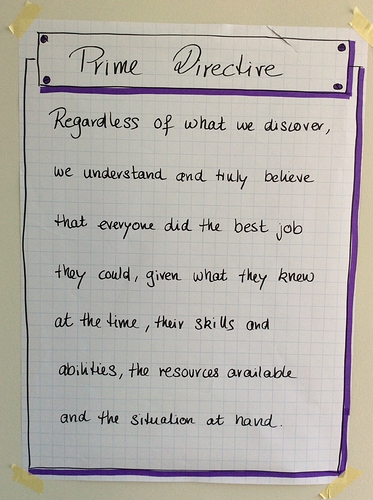 Everbody filled out a report to get a short overview over everybodies mood. 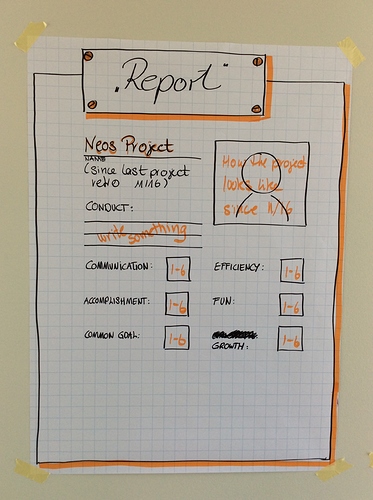 Explanation on the “report” 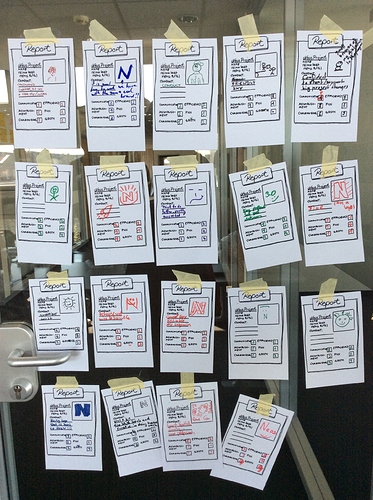 We had a look at all ToDos from last retro and found out that we did not take care of most of them. 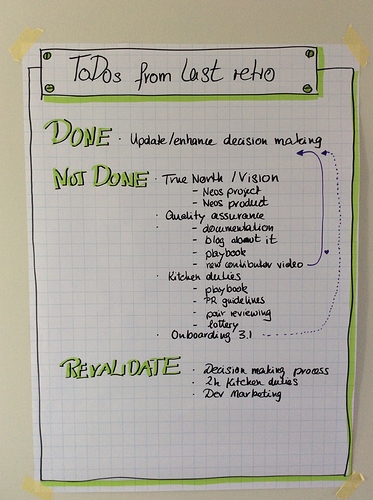 ToDos from the last retro

After that we had a look at all things happening since the last retro in November 2016. We found out, that really many things were going on and that we achieved pretty much. So this seems to be the reason why we did not take care for the ToDos. 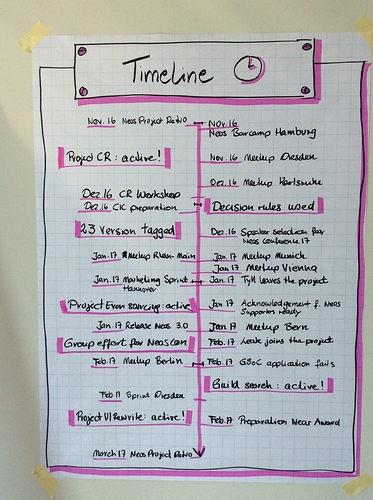 Now everybody had the chance to either put in one of the ToDos from last retro or add other issues he/she wanted to talk about. 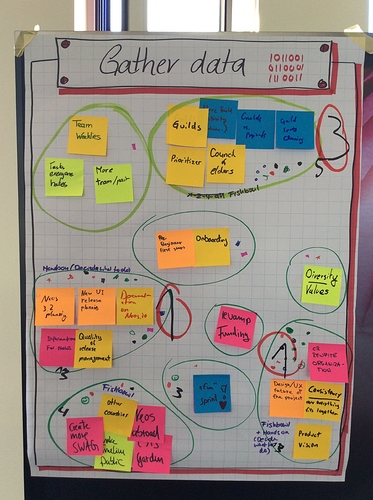 We decided to work on four issues:

We had two tools in place, one for smaller, one for bigger issues: 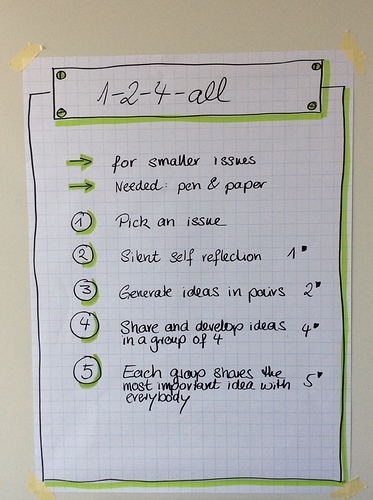 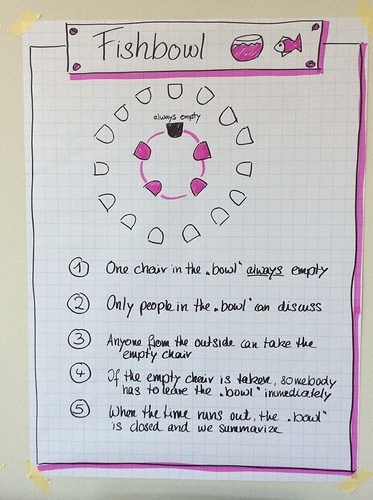 All of the discussion where held in a fishbowl. First fishbowl: 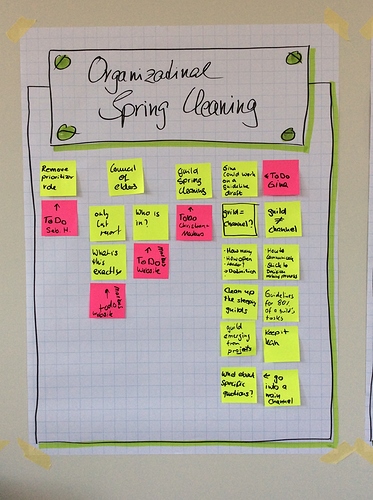 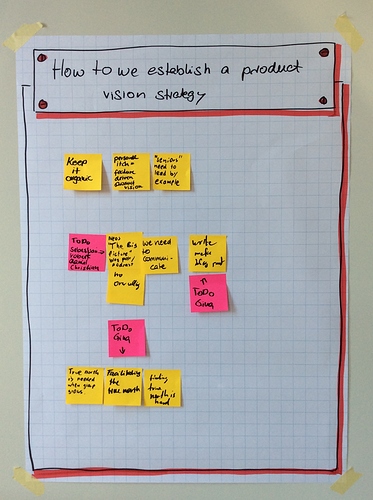 Fishbowl - How to establish a product vision strategy? 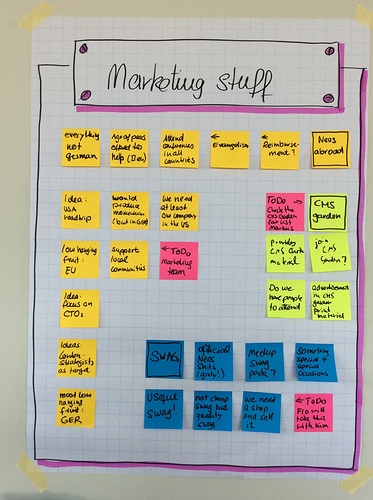 The fourth issue did not need any discussion, we simply decided to work on it during this sprint. 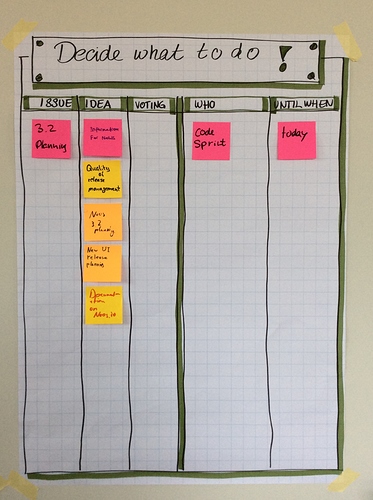 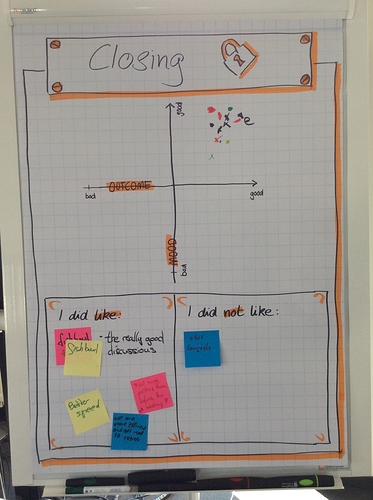 We were able to finish the retro earlier than planned, we were done at 14:15.

Thanks a lot for sharing!
And sorry I couldn’t participate (again)…