We had two retros during the code sprint 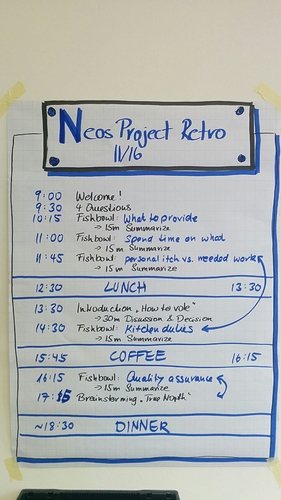 Everybody prepared four questions and presentend them in the group. The answers to the questions can be found here: https://discuss.neos.io/t/4-questions-hamburg-sprint-retro/1628 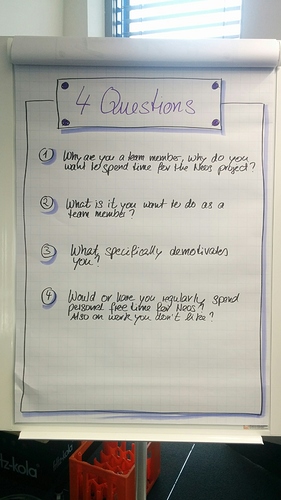 Most of the discussion where held in a fishbowl, this is how this works: 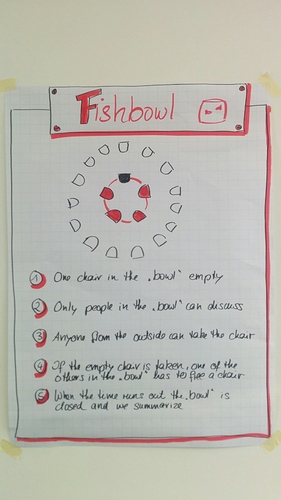 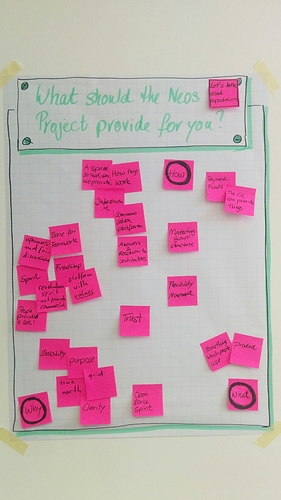 Fishbowl - What should the Neos project provide to you? 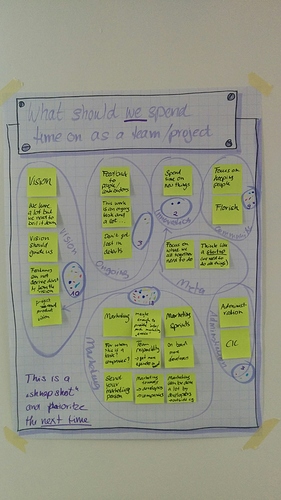 Fishbowl - What should we spend time on as a team/project? 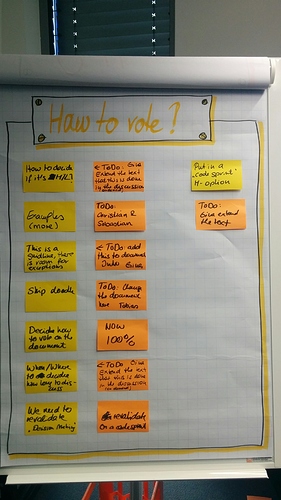 In the agenda we actually planned five fishbowl but on the fly we decided to combine the fishbowl “Spend personal free time vs. work you don’t like to do” and “Kitchen duties” to one. 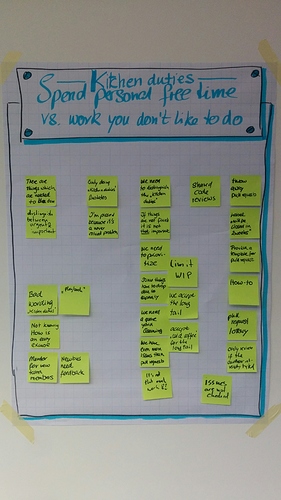 Fishbowl - Spend personal free time vs. work you don’t like to do & Kitchen duties 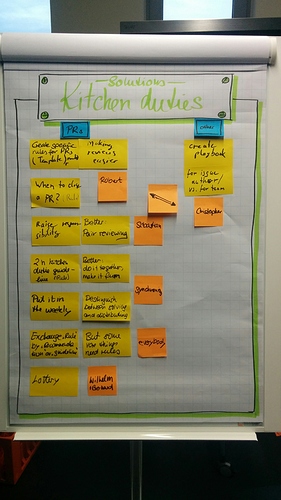 During the retro we decided to switch the order of the last two issues in the agenda. So we first brainstormed about the True North and afterwards did the last fishbowl. 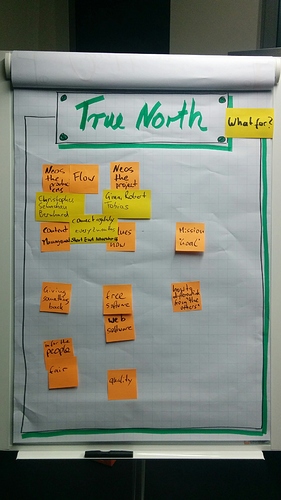 Brainstorming on the True North 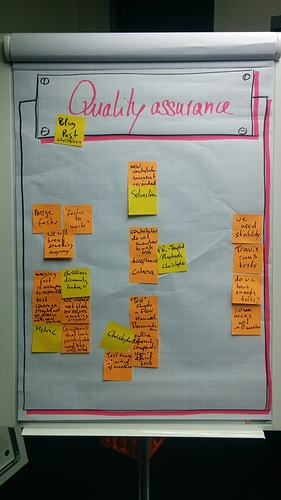 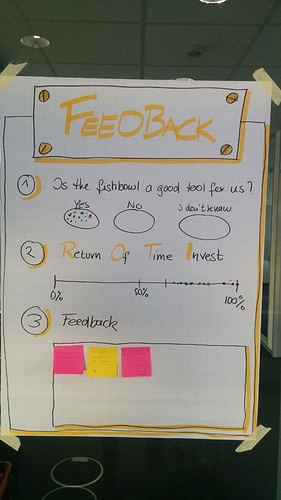 This retro took only one hours since there the issues could be tackled very fast and efficiently.

After a short welcome and a summary of yesterday, we introduced the agenda: 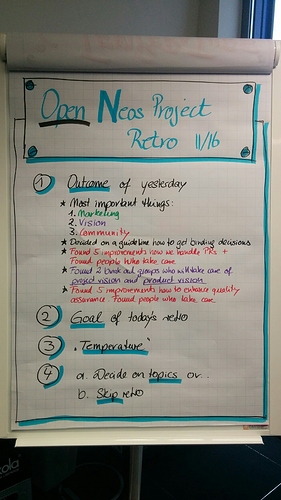 With the “Temperature” we found out about the urge to talk about more topics: 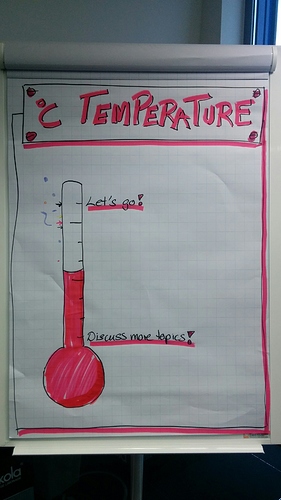 We decided to invest a short amount of time to talk about four topics. The slot on each topic was timeboxed: 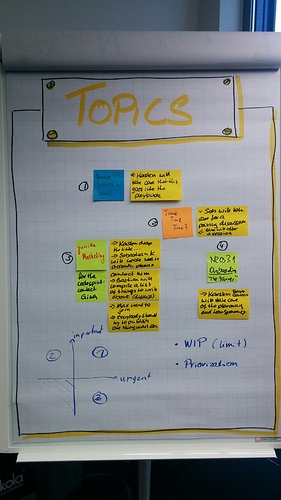 We thank everybody who attended for the attendance, the collaboration and the amazing outcome!

Thanks for sharing that info! Interesting to know what you guys talked about