I have a problem setting up neos.
After following allong the installation guide (https://docs.neos.io/cms/installation-development-setup/docker-and-docker-compose-setup) I was able to start the containers and access neos with a browser. I started the initial setup where I was able to login an fill in the field for the DB connection. After pressing next, the following Error apears: 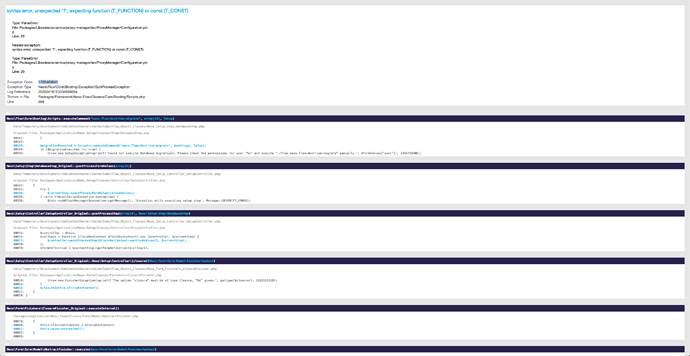 I havent’ changed anything in the files itself, just followed along the setup guide from neos and docker.

Has someone an idea, why this error apears in the middle of the initial setup and how to fix it?

It sounds like a PHP version error. Do you have the same PHP version in both containers?
The guide makes very clear that these two things must be done correct

and the error seems like a issue with the PHP version

Thanks for your reply.

The different PHP versions were acutually causing the error. Composer was runnning with PHP 7.4.5 and the Neos Image with PHP 7.2. After fixing this problem (changing the PHP version in the Dockerfile), the setup was going further but crashed again.

I was able to set up the DB, the admin account and filling out the form to create a new site (Step 4 of 5). When I clicked on ‘Next’ there happend something but after a while the following errors were displayed on the screen:

This error I fixed with the advices from Namone (https://github.com/nextcloud/docker/issues/224), that fixes the problem above but leads to the following error: 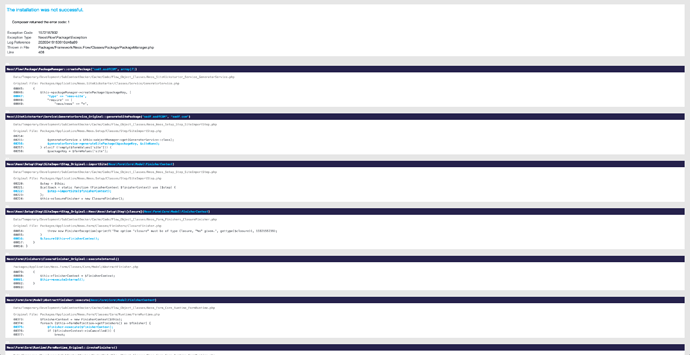 Once again, I have no idea, how to fix this problem.

[Edit and problem solved]
The exception was thrown, because I was hurrying thru the setup for the 20eth timeand chosing the Demo Site Package and entered some characters in the fields for a new Site Package as well. Simply doing one or the other was what solved the problem.