I could need some input for my thoughts. I’m on a page with only one “real” language which will have up to six further languages or more in future.

Actually I’m using on the first step the “nodeAdded”-SignalSlot, where I’m connecting to a translation API. This way every new created node (and it’s sub-nodes) of a further language is translated automatically.

This is enough for the first step. But is very limited in further website handling, because only the “real” language should be maintained in future. And all other languages (dimensions) should be synchronize with it. This should be happen on text-changes (updated translation) as well on moving some nodes. Or deleting come nodes. And so on…

I think I simply have to work with all the Node signals which are needed for this behavior. Like “emitAfterNodeMove”, “emitNodeAdded”, “emitNodeUpdated”, “emitNodeRemoved” and so on.

Question: Is there some kind of functionality in NEOS or a package, which covers some dimension synchronization-functionality of any kind? 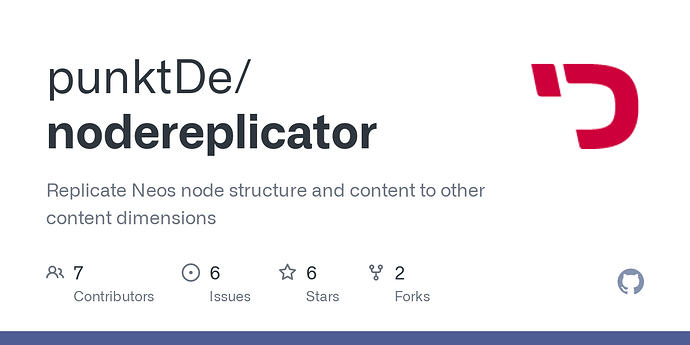