During the Salzburg sprint we had a retro on 6th of November 2018.

Side note: Check https://github.com/neos/team/issues for the retro ToDos

After a short welcome we introduced the agenda and the goal: To talk about the direction of the project and determine the necessary steps to achieve it. 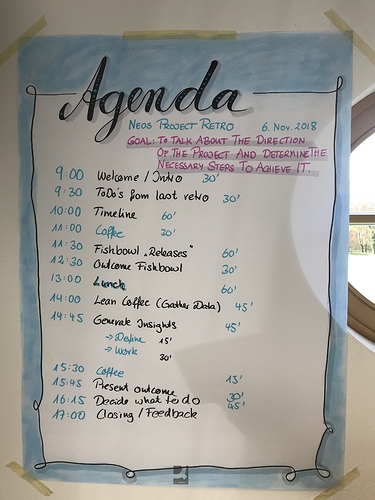 We opened the retrospective with sharing our expectations in a round.
After that we shortly talked about the vegas rule and the prime directive. 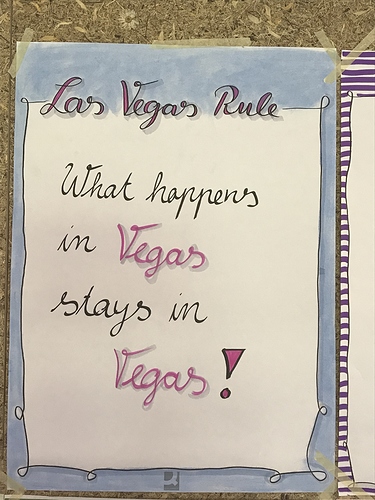 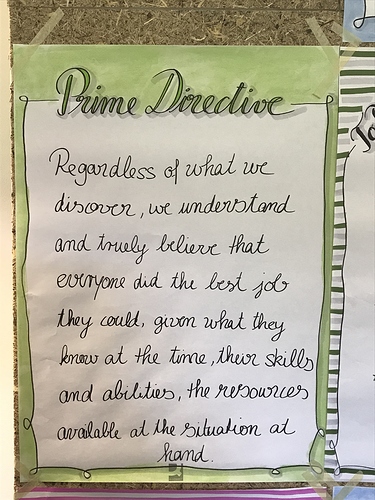 We pointed out that we would like to use the retrospective for issues who need to be discussed as a whole group and therefore we put the issues concerning only parts of the group into a separate flipchart called “Stash”. Afterwards we transferred them into the sprint trello board https://trello.com/b/QBurinD8/salzburg-sprint-2018 and decided to work on them during the sprint. 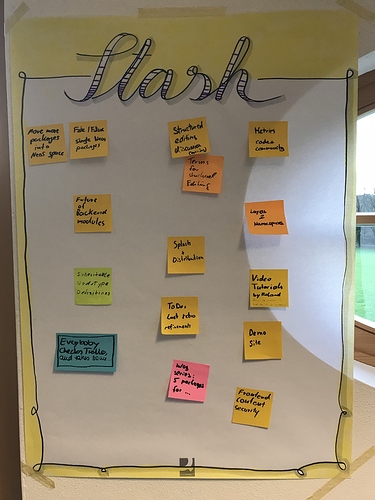 Then we had a look at all ToDos from last retro and found out that we seem to have problems to keep track of the ToDos which come out of the retrospectives. So we set them up on github: https://github.com/neos/team/issues. Like this we hope that we can keep track of them more easily. 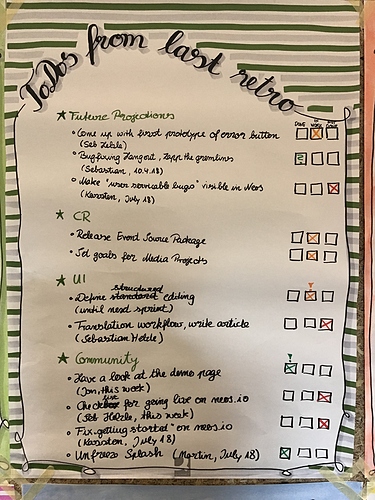 ToDos from the last retro

After that we checked the timeline of things happening since the last retrospective in April 2018.
We found out, that many things were going on and that we achieved much. We discussed patterns and the frequencies of Meetups, Sprints and Releases. 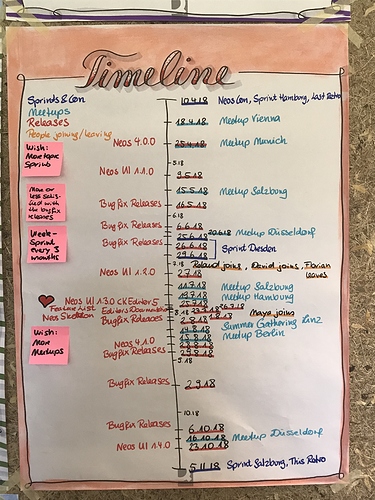 We went on explaining how fishbowls work and held a fishbowl on the issue “Releases: Do you like the way we mange our releases currently? What needs to be changed?”. 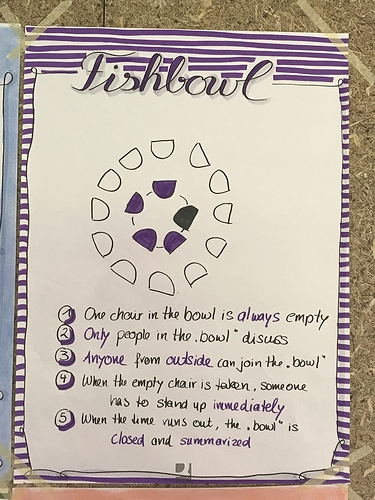 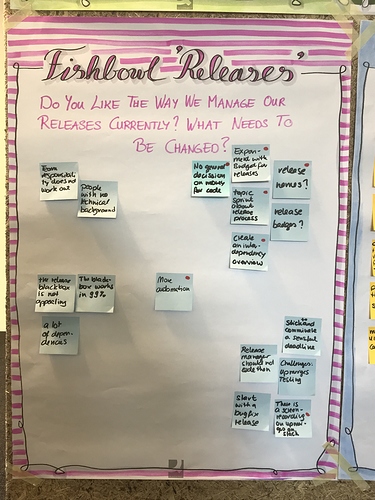 Recording of the “Releases” fishbowl 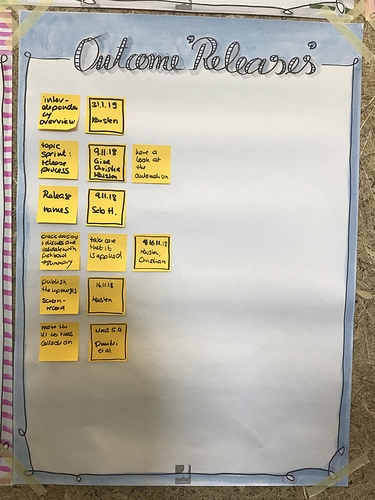 Outcome of the “Releases” fishbowl

After the lunch break we gathered all issues the attendees wanted to talk about. 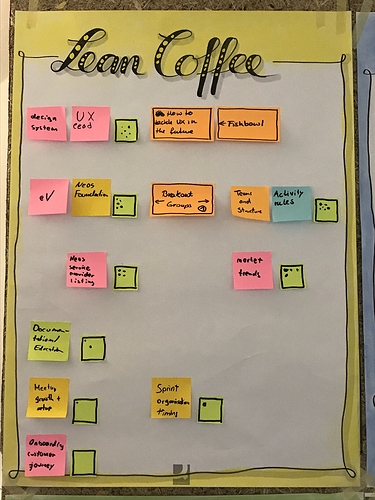 We clustered the issues and voted on it (two votes per person).
This allowed us to work on three issues, one as a whole group the second and the third one in parallel:

So we decided to first work on the issue UX using the fishbowl. 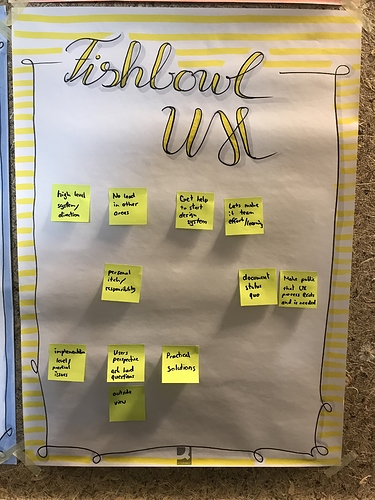 The second & third issue where done in breakout groups. 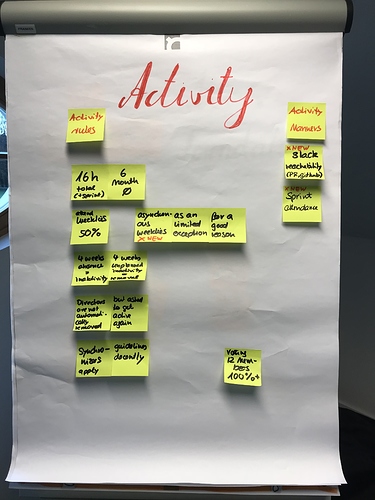 Each breakout group presented the outcome to the other group and we voted on the new activity rules with 12 Neos team members present of currently 25 (almost 50%) and 100% agreement which fits the decision making process: Guideline: How to get binding team decisions.
We based the extended rules on our old rules: Activity discussion - Neos Sprint 2016 - Nuremberg.

Over the whole retrospective we gathered the ToDos on a flipchart as well as in github https://github.com/neos/team/issues. 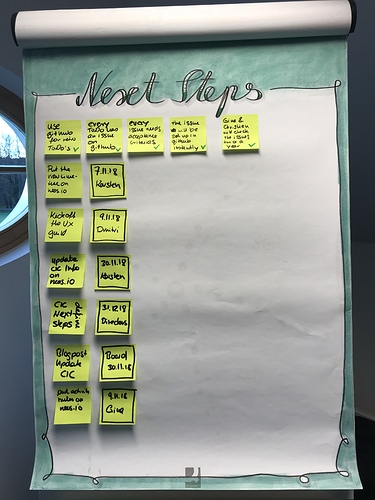 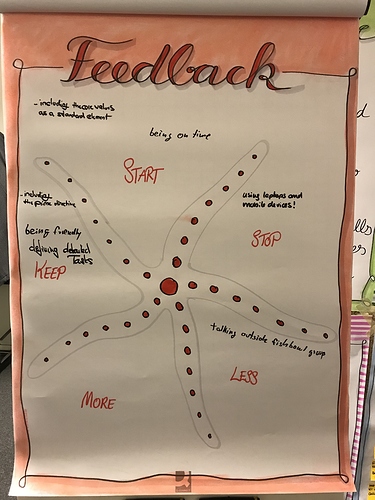 Thanks for the writeup @gina!