down below is an RFC which originated at Neos Code Sprint in Nürnberg, after discussions with @aertmann, @christianm, @christopher and Frederico Krabben from CKEditor.

Currently, we’re using Aloha 1 as editor, which is heavily customized to fit into the Neos UI.
However, Aloha 1 is not well-maintained anymore, as the Aloha team has shifted most of their
attention to work on Aloha 2, which is a very exciting editor concept working without contentEditable,
thus aiming to provide editing without cross-browser inconsistencies.

However, Aloha 2 is still pre-beta quality (as it is a lot of work to create such an editor from scratch); and
quite a lot of features are missing (e.g. Tables, inline images). Thus, switching now to Aloha 2 would degrade
our editing experience; and it is very hard to tell when Aloha 2 will be ready for us to use.

On the one side, we’re seeing feature requests like “wanting to be able to add CSS classes or other markers
to content”, on the other hand we hear problems with the editing stability; especially when e.g. pasting
from Word.

On the Neos Code Sprint in Nürnberg, Frederico Krabben (head of CKEditor), visited us for a day and we
had a very open talk and discussion about its features, the development mindset, our current problems
and how they might be solved. See Christopher’s questions and my answers for a rough idea what
areas we checked specifically.

After the meeting, I (and the others in the meeting) are convinced that CKeditor would be a really good fit,
for the following reasons:

Of course there are also some areas which need some work/collaboration, but I think they are very few:

I’d suggest to prioritize this topic for Neos 2.1; I have personally already added a prototype to
my personal GitHub Fork where I’ll continue experimenting and playing around with it.

But first off, I’d of course like your comments & feedback

Thanks for the write up. Full steam ahead from my side

How is the mobile / tablet experience with CKeditor ? Currently Aloha just don’t work for mobile, so the next solution should be rock solid in this area from my POV

Before the end of August I will organize a short hangout with Adrian the men behind FrontKit (https://beta.frontkit.io/), less mature solution, but mobile friendly, with some nice feature. @sebastian maybe you can participate to this hangout ?

Sorry for last friday, unable to participate the the ckeditor hangout. 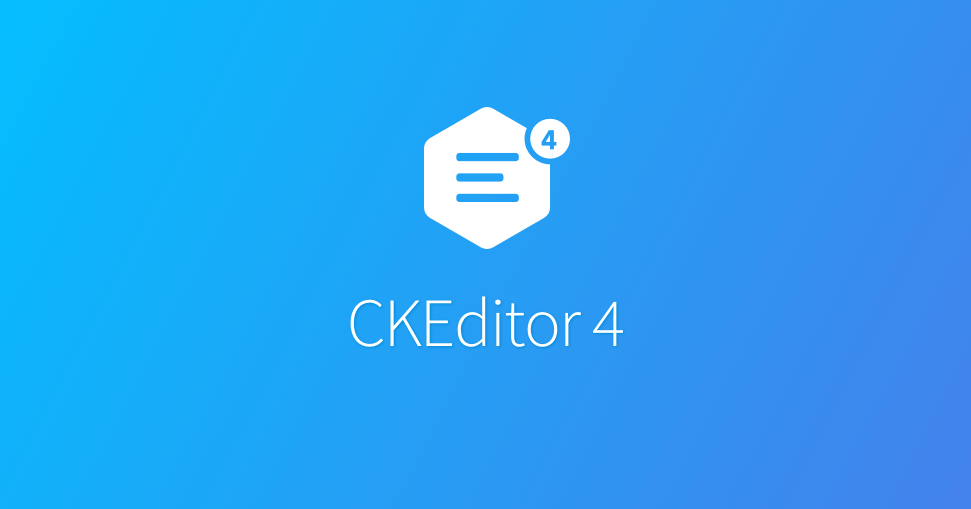 CKEditor supports mobile versions
of Safari (default browser on iPhone and iPad) and Chrome (available
for Android and preinstalled on many Android devices) with minor issues
related to platform limitations.

CKEditor is currently disabled on other browsers available for
Android devices due to irreparable compatibility issues. You can change
CKEditor settings to accept any environment, including mobile ones (at
your own risk), by manually setting the CKEDITOR.env.isCompatible to true, as described in the “Enabling CKEditor in Unsupported Environments” guide, but this is an experimental solution and you will not have the same experience as on desktop environments.

Full mobile support will be introduced in CKEditor 5.
We aim to have perfect CKEditor support for most popular mobile
platforms, so if you encountered an issue on not yet supported
environment please report it on our development site.

Another argument for CKEditor is the accessibility support (have not tested it in detail, but seems really thought through):
http://sdk.ckeditor.com/samples/accessibility.html

Actually CKEditor is the editor I used in most frontend editing stuff over the last months. The only other editor I stuck to was quilljs.com which has a nice templating possibility which Frederico just nailed in his custom style example. Besides that I like it doesn’t introduce it’s own require like aloha (which added a bit of extra complexity), no jquery ui and a more acceptable downloadsize.

Hello Sebastian
For 7 years, and I use CKEditor and CKFinder for images and is really perfect.
I realized a CMS for creating web pages for smartphones accessible with a qrcode…
… http://qrcod.mobi/

In a current project we used ckeditor for a complex multi-language multi-tab form with up to 25 instances of ckeditor.
There was no time nor money for an asynchronous solution, but at least we can say that the amount of “fired-up” instances did not cause any trouble.

The UX for editors seems to be pretty great, since 150 researchers who updated their profiles during relaunch, gave us no complaint or question about the editor at all!
We assume a lot of MS-Word copy and pasting is going on and it looks like ckeditor is taking care of that pretty well too.

We tested inline editing just for fun during development and we quite liked it, but it didn’t fit the clients requirements. 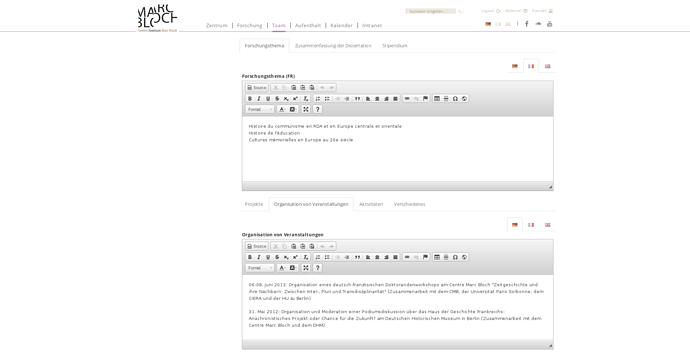 Pretty cool, thanks for the insight

The FAQ was a bit outdated. Starting from CKEditor 4.5, the editor is now enabled in all environments:

So in short if anyone had troubles with running CKEditor 4.4 and below on mobile browsers and had to tweak CKEDITOR.env.isCompatible, he no longer has to do it. The most complete explanation of browser compatibility is explained in the Browser Compatibility Documentation

Maybe this issue (https://jira.neos.io/browse/NEOS-1465) is another reason to say good bye to aloha.

thanks for your response

In fact, it is pretty damn cool that you as the CTO of CKSource help linger around in our forum

Thanks a lot, and I am really looking forward to continue the CKEditor road!
Sebastian

@sebastian, thats a cool project and nice that you got the ball rolling! Has some thing evolved from that yet? What would be the estimated time to implement that into Neos for real?

Another topic which is probably solved with this would be:

Nothing moving currently AFAIK, but I am also strongly interested to see this getting on

I originally started playing around with it in the following fork:

I am currently lacking some time; so if anybody else would like to migrate, feel free to do this

FYI: There is an Ember-Cli-Addon for CKEditor https://github.com/ebryn/ember-ckeditor written by the Ember-Core member Erik Bryn.

Any progress on this?
Aloha currently is a single weakest spot in the Neos usability at the moment.

I guess the state of that fork is still unchanged? This would be something for the time after 2.1, so basically a week to go before someone could dive into this…

Now if we’re doing the React rewrite, we should reconsider the RTE part too.
I think on most projects an RTE would only provide inline stuff like bold, italic and links, while for headings, blockquotes and other fancy parts invite users to use nodetypes.

So here are my requirements for an RTE:

Current React prototype uses medium-editor and I really like what I see so far.

In any case we should consider if we want to provide switchable editors, or integrate only one solution.